In these devices output is on paper and can be read immediately or stored and read later.  This is a relatively stable and permanent form of output.
Eg: printers ..
Printers are classified in to two types

An impact printer makes contact with the paper. It usually forms the print image by pressing an inked ribbon against the paper using a hammer or pins. Following are some examples of impact printers.

Non-impact printers do not use a striking device to produce characters on the paper; and because these printers do not hammer against the paper they are much quieter. Following are some non-impacted printers. 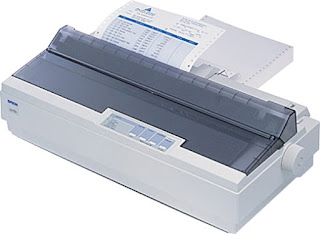 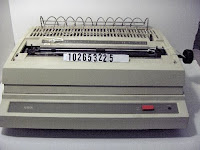 In order to get the quality of type found on typewriters, a daisy-wheel impact printer can be used. It is called daisy-wheel printer because the print mechanism looks like a daisy; at the end of each “Petal” is a fully formed character which produces solid-line print. A hammer strikes a “petal” containing a character against the ribbon, and the character prints on the paper. Its speed is slow typically 25-55 characters per second. 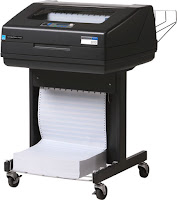 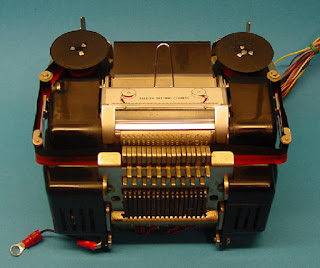 A drum printer consists of a solid, cylindrical drum that has raised characters in bands on its surface. The number of print positions across the drum equals the number available on the page. This number typically ranges from 80-132 print positions. The drum rotates at a rapid speed. For each possible print position there is a print hammer located behind the paper. These hammers strike the paper, along the ink ribbon, against the proper character on the drum as it passes. One revolution of the drum is required to print each line. This means that all characters on the line are not printed at exactly the same time, but the time required to print the entire line is fast enough to call them line printers. Typical speeds of drum printers are in the range of 300 to 2000 lines per minute.

A chain printer uses a chain of print characters wrapped around two pulleys. Like the drum printer, there is one hammer for each print position. Circuitry inside the printer detects when the correct character appears at the desired print location on the page. The hammer then strikes the page, pressing the paper against a ribbon and the character located at the desired print position. An impression of the character is left on the page. The chain keeps rotating until all the required print positions on the line have filled. Then the page moves up to print the next line. Speeds of chain printers range from 400 to 2500 characters per minute.

A band printer operates similar to chain printer except it uses a band instead of a chain and has fewer hammers. Band printer has a steel band divided into five sections of 48 characters each. The hammers on a band printer are mounted on a cartridge that moves across the paper to the appropriate positions. Characters are rotated into place and struck by the hammers. Font styles can easily be changed by replacing a band or chain.

Ink-jet printers work in the same fashion as dot-matrix printers in the form images or characters with little dots. However, the dots are formed by tiny droplets of ink. Ink-jet printers form characters on paper by spraying ink from tiny nozzles through an electrical field that arranges the charged ink particles into characters at the rate of approximately 250 characters per second. The ink is absorbed into the paper and dries instantly. Various colors of ink can also be used. 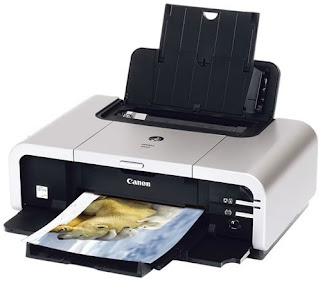 A laser printer works like a photocopy machine. Laser printers produce images on paper by directing a laser beam at a mirror which bounces the beam onto a drum. The drum has a special coating on it to which toner (an ink powder) sticks. Using patterns of small dots, a laser beam conveys information from the computer to a positively charged drum to become neutralized. From all those areas of drum which become neutralized, the toner detaches. As the paper rolls by the drum, the toner is transferred to the paper printing the letters or other graphics on the paper. A hot roller bonds the toner to the paper. 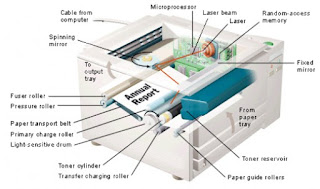 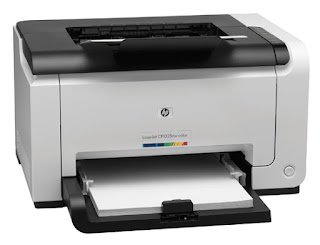 FIT
By M Vishnuvardhan Reddy at 13:33