What does Random Access Memory (RAM) mean?
Random Access Memory (RAM) is a type of data storage used in computers that is generally located on the motherboard. This type of memory is volatile and all information that was stored in RAM is lost when the computer is turned off. Volatile memory is temporary memory while ROM (read-only memory) is non-volatile and holds data permanently when the power is turned off. 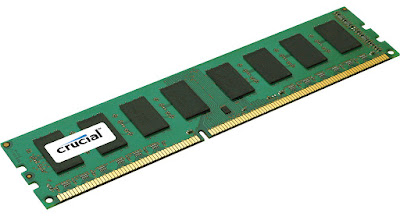 The RAM chip may be individually mounted on the motherboard or in sets of several chips on a small board connected to the motherboard. Older memory types were in the form of chips called dual in-line package (DIP). Although DIP chips are still used today, the majority of memory is in the form of a module, a narrow printed circuit board attached to a connector on the motherboard. The three main memory circuit boards types containing chips are: RIMMs (Rambus in-line memory modules), DIMMs (dual in-line memory modules) and SIMMs (single in-line memory modules). Most motherboards today use DIMMs.
Types of Random Access Memory (RAM)
There are two main types of RAM: dynamic random access memory (DRAM), or Dynamic RAM, and static random access memory (SRAM). The RAM in most personal computers (PC’s) is Dynamic RAM. All dynamic RAM chips on DIMMs, SIMMs or RIMMs have to refresh every few milliseconds by rewriting the data to the module.
Static RAM (SRAM) is volatile memory and is often used in cache memory and registers because it is a lot faster and does not require refreshing like Dynamic RAM. SRAM retains information and is able to operate at higher speeds than DRAM. Because DRAM is a lot cheaper than SRAM, it's common to see PC manufacturers use DRAM.
Dynamic RAM is memory that needs refreshing. The refreshing is done by the memory controller which is part of the chipset on the motherboard. Static RAM (SRAM) does not need refreshing and is used in memory cache on the central processing unit (CPU); it is called L1, L2 and L3 cache. Original SRAM was stored on the motherboard; later SRAM was inside of the CPU housing or stored on both the motherboard and inside of the CPU. 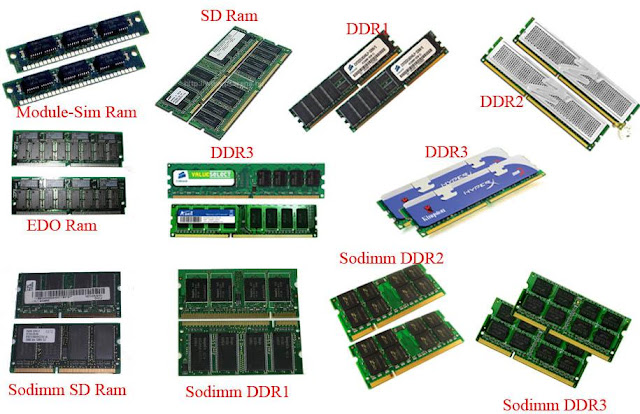 Above figure shows the various types of RAMs available.
Tags # FIT
Share This

FIT
By M Vishnuvardhan Reddy at 09:31